The Language of the Lake

Secrets are dangerous things, they own you body and soul. In the summer of 1995, on the edge of sanity, Emily Maxwell Taylor, a forty-year-old widow guarding a secret seeks sanctuary at her Nana's Lake Tahoe cabin. She's on a three month grief-sabbatical imposed by her employer in Sacramento. She takes it or loses her job.

Emily is searching for truths amid the debris of a marriage that had died long before her husband, David Taylor was killed six months prior by a hit-and-run drunk driver. The first devastating revelation; her friend, Caroline Whitefield, a colleague of David's at the University of California, Davis, survived the car accident, exposing their two-year long affair. The second truth; her alcoholic husband was going to leave her.

A faded memory buried in Emily's subconscious is reemerging piece by piece shedding new light on the mystery of her twin brother Edward "Beddie" Maxwells' tragic drowning at the age of three. His death haunts Emily who believes her mother blamed her, the only person present when the lake silently swallowed him.

A lifelong family friend, John "Doc" Walters, lives and operates his medical practice in the cabin next door. Jack Conner, Emily's childhood friend is now the Physician's Assistant working with Doc. His attempts to restore their fractured friendship while facing inner demons from his former lifestyle, complicate his career and private life.

Nana, Hannah Mae Harrison, the wise sage in her granddaughter's life loves her in spite of her willful and often reckless ways. An old southern gal in her nineties, Nana's health is failing. Emily is too self-absorbed to recognize the signs until Jack gives her the bad news, reigniting her anger at God.

Steeped in a disintegrating relationship with her oldest daughter Sarah over the secret they are keeping from the younger sister Olivia, Emily is ill-prepared for the discovery of what yet remains untold.

Will Emily's eyes be opened amid Tahoe's majestic beauty and divine order to truth and redemption through the lives of those she loves, hates, and needs to forgive?

"In THE LANGUAGE OF THE LAKE, Kathy Boyd Fellure has written an utterly charming novel. She does a deft job of letting us know the many issues that plague Emily Taylor - an unfaithful husband, financial precariousness, and two warring daughters (one knows about her philandering father; the other does not, and Emily wants to keep it that way). But that's not all Emily has to deal with. She is haunted by the death of her three-year-old twin, a drowning for which she has always felt responsible. And, an old flame enters the picture, complicating her already rolling emotions.

Thank goodness for Emily's grandmother Nana, in whose Lake Tahoe home and in whose presence Emily finds solace and wisdom. Nana is a beautifully wrought character, who both anchors and clarifies. Fellure does a beautiful job of lifting this wonderful woman off the page and into the reader's heart.

Fellure clearly knows every mood and angle of the lake she writes about with such affection. Her language is often vivid and true. As Emily twists and turns her way through the many emotional landmines that assault her, we cheer on her efforts to find peace. When, towards the final pages of the novel, we realize that this is not the end; that another book (this is the first, in fact, of a trilogy called ON THE WATER'S EDGE) will address Emily's newly realized life, we are glad to know that Fellure will offer us more language of the Lake."

- Sands Hall,, Author of Tools of the Writer's Craft

"I loved this story that unfolded at a slow, comfortable pace as we got to know this community of people whose lives are entwined with the lake, the mountains, and the seasons. My favorite character in this warm and wonderful novel was Nana. She was so real to me and reminded me so much of loving and wise older women I have known. The lake, too, is an unforgettable character highlighted by the excerpts from Emily's journal at the beginning of each chapter. A lovely read!"

"In her latest novel, Kathy Body Fellure casts us from the warm safety of romance into a seething cauldron, as her characters explore some of the darker regions humans may be forced to experience. Lake Tahoe remains a spiritual place, but now replete with surprises few can imagine. Read it!

Jack finally married the girl from the cabin next door.

His wife Emily is struggling to save her business, Lake Cottage Book Haven, from going under when she's sidetracked by a handsome sheriff injured in pursuit of a stalker that may have caused the car accident that's altered her life, her faith, and the Conner's marriage.

The troubled early winter of 2008 has brought more than burdensome heavy snows. Jack's M.D. student loans are due along with a balloon payment on the bookstore. The town's fund raiser bank deposit was stolen after Emily was hit head-on. A mysterious stranger from New York is tracking her, always one step ahead of the local police.

Jack and Emily have a history with Officer Derrick Thomas whose attraction for her dates back to old days, dark days they have moved past.

Emily's memory loss, confusion, and vision problems are affecting more than the investigation, friction is mounting at home. Daughter Olivia has returned home pregnant, fearful her fiancee will not want the baby or her.

Jack works with Derrick to discover why Jonathan Forrester traveled cross-country to hunt down Emily. Both men try to protect her but can they put aside their mutual distrust before Forrester closes in? Will she survive...and choose not to betray the man she once thought betrayed her?

Emily contacts the stalker's twin sister Hannah, who lives in New York. Will she help or was it unwise to offer to aid in the search for the missing grandfather that disappeared in the early 1920's on his return trip seeking Emily's Nana on the west coast? Did he abandon his family or did he come to harm? What does the mystery surrounding him have to do with Jonathan Forrester stalking Emily?

Where is God in the midst of betrayal, temptation, and financial devastation?

"In the midst of tragedy and turmoil, author Kathy Boyd Fellure creates characters with the willingness to persevere, inspiring readers to be grateful for this most incredible gift we have... life."

Upon These Azure Shores

There are no more bookstores on the lakes shores.

Blue Tahoe is a greening lake in the middle of a terrible five year drought.

Ostentatious mansions are under foreclosure on both the California and Nevada sides.

The world seems to be going crazy with no sign of change in sight. Everything they have ever known is disappearing right before their eyes. Jack is near retirement and he can't afford to retire. His patients can't afford health insurance and some have died because they were denied testing and more are certain to follow.

What kind of Doctor can Jack be?

The unthinkable happens to one of Jack's patients Asia after she goes into early labor with her son Benjamin. Her husband Brock has cancer and is just beginning chemo treatments. and at first he has no interest in his newborn son.

Doc and the Conner family try to help the young bewildered father.

Astrid, an old woman appears one day with enchanting stories of nearly one hundred years ago when the gilded age of Tahoe brought only the wealthy, the famous, and the privileged to grace her shores. Her mesmerizing tales are so vivid, so exquisite in rich detail, it would almost seem she had lived the life of a young lady upon the azure shores of that privileged, resplendent era. She claims to have been a regular visitor at Lora Knight's castle, Vikingsholm throughout the 1930's.

Astrid starts running into Jack and Emily Conner around town in Tahoe City after their initial chance meeting. She and her partner Detert seem an unlikely pair, and no one is certain exactly what the two are up to. Astrid begins spending considerable time with the young father and son, trying to convince Brock to put his baby up for adoption while offering to negotiate with an agency for him . Doc intervenes and encourages the widower to make his own decision. Astrid physically threatens Doc for his efforts.

Jack is cautious, heeding his wife Emily's intuition, though Astrid holds many spellbound and more and more people gather to listen, to follow, to be led in another direction. Many are giving her their money, property, and valuable possessions. She heals the sick without medicine and seems to have strange and mysterious abilities. He doubts Astrid is who she claims to be and the Conners sets out to prove it. This bring on a backlash of vengeful attacks, including an all-out strike at Doc, who's health is already frail.

When loss is so great does hope seems to be a mere word without promise? How far will Astrid go and who can stop her?​

Coming next: Across the Pond Series.

The first book, The Wrong Ocean, releases in 2022.

Alone on the wrong coast of  ~

Elisa and Troy Kensington, both in their mid-thirties, live in Sacramento, California.

Elisa’s resentment of her live-in displaced, Londoner Mum-in-law Fiona is escalating. Complications compound after fetching Elisa’s father. Ian, a recent widower has been stealing boats all around his beloved fishing village in Cornwall, England.

The in-laws loathe each other and turn the once-peaceful home into a battleground, each attempting to win the heart of their only grandchild, Mia.

Elisa knows Troy is desperate to hold onto his job as assistant CEO of a floundering solar panel company where his boss is asking him to make unethical and illegal changes.

Ian responds to a drug that restores his memory for a season, but how long will it last? Fiona’s reckless lifestyle puts her family in jeopardy, and she compounds their troubles by fleeing back to London where she once danced with the Royal Ballet.

The family seeks restoration and finds renewed hope amid cultural and class differences, financial ruin, and the anguish of Alzheimer’s. 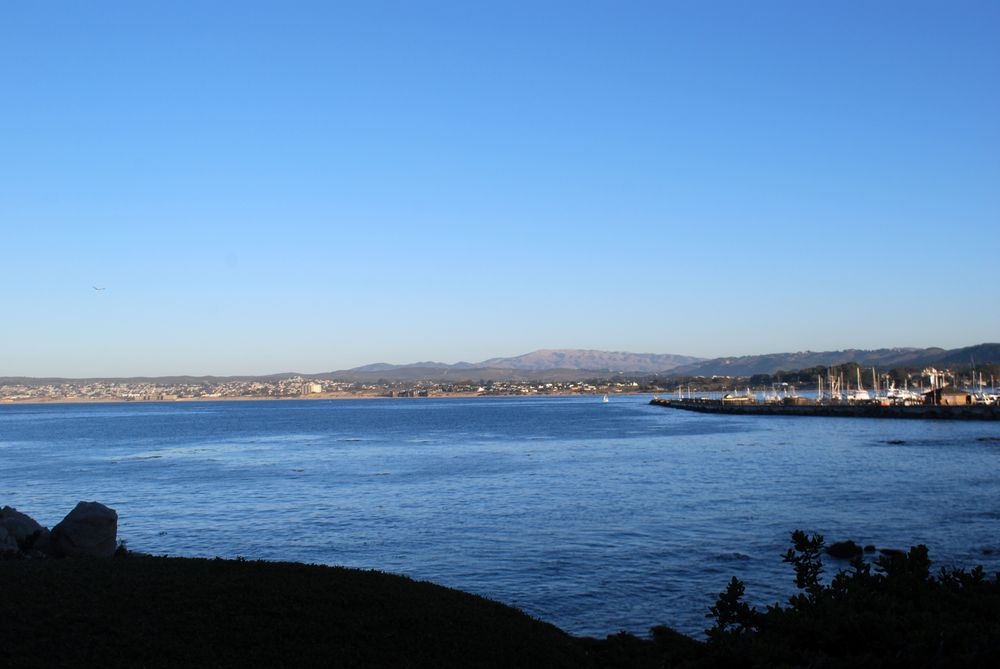